"Difference containers" is a name of this implementation of difference lists. This library is usable with both Data.List and Data.List.Lazy (and potentially can be used with any list-like structure with mempty value and append operation).

Suppose there is a container type cnt :: * -> * with associative operation append :: ∀ a. cnt a -> cnt a -> cnt a, the time complexity of which is dependent on the first argument's size and is constant for any size of the second.

This observation can be utilized for performance optimisation. It is possible to delay a computation that intensively appends to the right, and "rebalance the parentheses" before computing the final value.

See also: R. John Muir Hughes, A novel representation of lists and its application to the function ``reverse''. 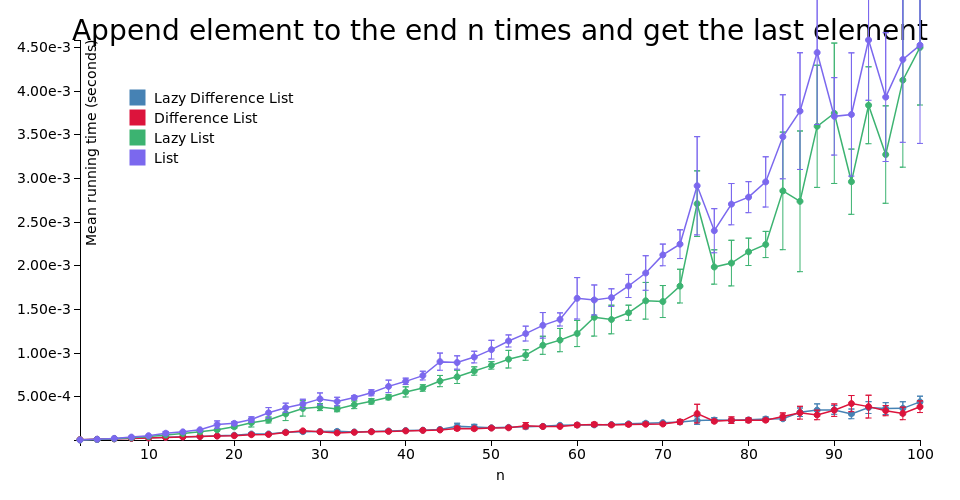 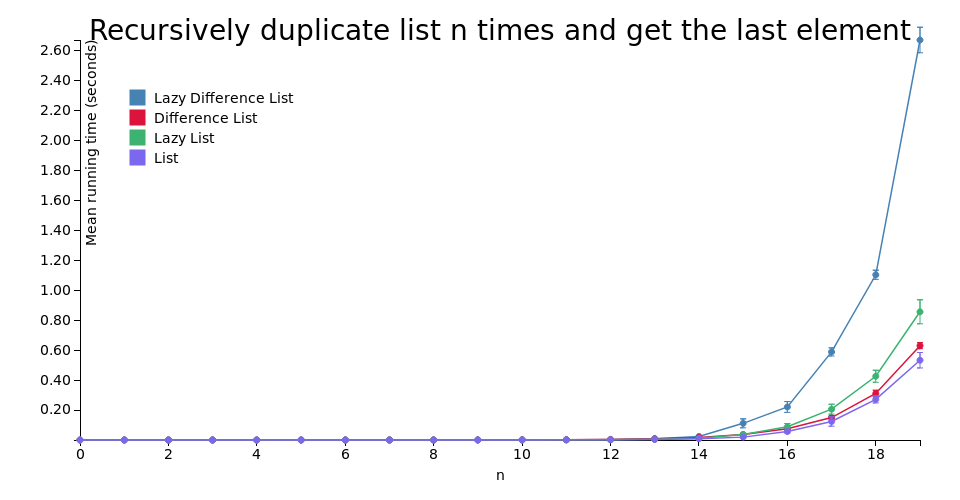 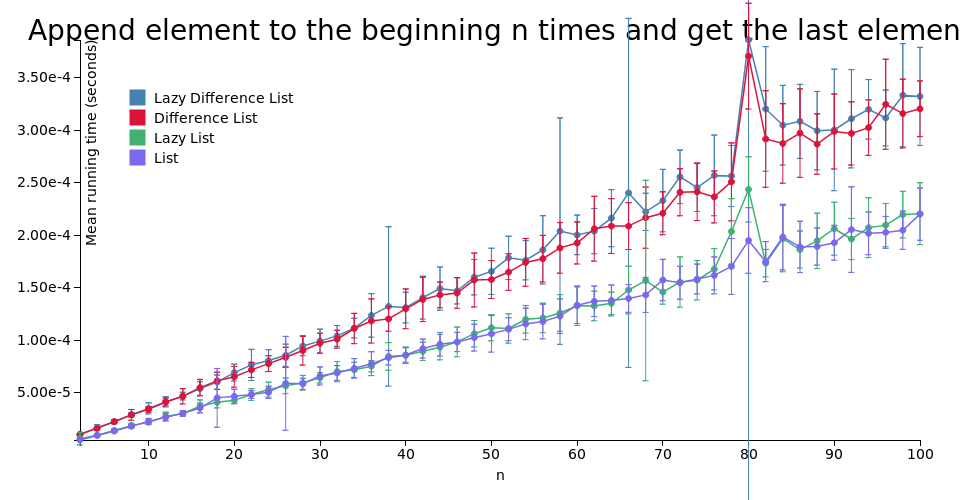 Module documentation is published on Pursuit.